Home / Know Your Road Markings & What They Indicate 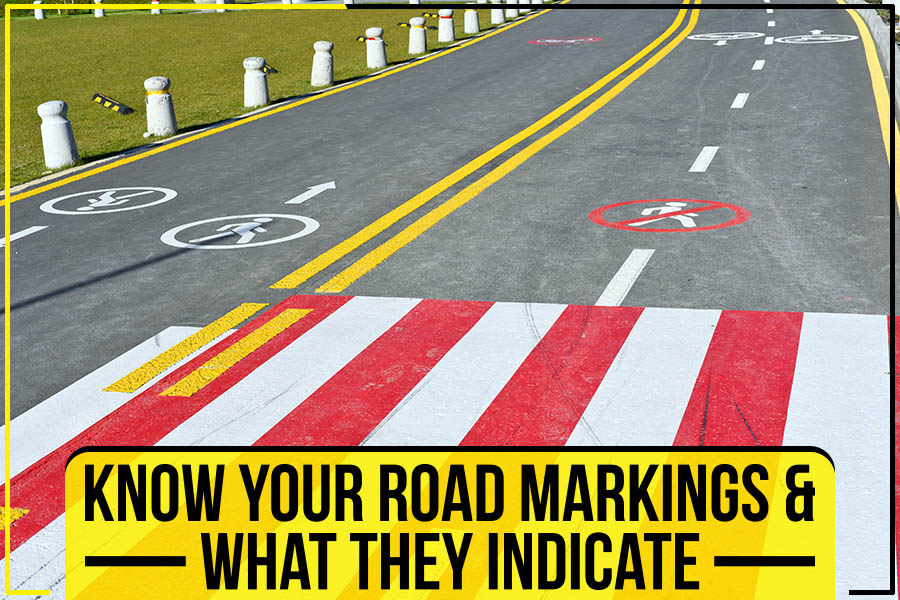 Road markings are vital for maintaining a smooth and safe driving surface for vehicles, including cars, trucks, motorcycles, bicycles, and pedestrians. But to understand how they work, it is essential to know what each one means. In this post, we’ll discuss the meanings of some of the common road markings that you’ll see when traveling throughout the United States – from stop signs to crosswalks!

These markings aren’t just meant to be used on roads but also in other commercial areas, such as parking lots. If you have a commercial property, hire a professional contractor like Standard Striping for high quality, proper line striping.

These road markings help direct vehicles by showing how many lanes there are in one direction and which ones allow what type of vehicles. Multilane roads make up a large percentage of roads throughout the United States!

Multilane pavement is used when transitioning from an interstate freeway – this helps minimize confusion drivers might have about their surroundings. In addition to this, they may also indicate the allowed speed limit for that lane and designate lanes where only trucks or high occupancy vehicles can drive.

Drivers can use this type of road in both directions. They are usually found on highways and major roads where traffic volume changes throughout the day (i.e., rush hour). For instance, in the morning, when commuters are traveling to their workplaces, the lane towards the commercial sector will have more traffic, and when the sun sets, the lane towards the residential sector will have higher traffic.

Yellow lines often indicate that you cannot cross over to the other side of the road. If there is a single broken yellow line (with no solid line in between), it means you can pass on that side of the road. When there are two or more solid lines, this separates traffic going in opposite directions and when passing is not allowed.

When driving down a one-lane road, be sure to stay in your lane. It may feel like everyone else should be using only half the road, but then again, they will probably think the same about you! This marking usually appears on lower volume roads where vehicles must alternate between lanes due to sharp curves or other hazards ahead. However, sometimes, these markings appear even with straight sections of roadway because turning would require crossing over double yellow lines.

Road surface markings indicate lane widths, pavement transitions, and shoulder use – this helps drivers to know how wide or narrow their lanes should be and what to expect when they transition from one kind of roadway to another. If you’re driving across state lines where different laws might apply, these kinds of markings also give drivers an idea if there are any new regulations for them to follow!

Lane markings add clarity to your pavement and keep your commercial parking lot organized during heavy traffic. If you’re looking for a professional contractor to stripe your parking lot in Crofton, MD, then Standard Striping is here for you. Get an estimate from our team and enjoy a licensed service.

5 Conditions That Ensure Your Sealcoat Will Last Longer

How Long Does Line Striping Take To Dry?

Get A Free Estimate
Chat With Us

The Maryland Paving Experts Have Some Affordable Solutions Just for You!

Get A Free Estimate